Apologies this is somewhat dated, however there is a massive lack of reviews of River Nile cruises. As the Luxor region of Egypt is back on the cards for British travellers, I thought it might be helpful to give a bit of information about these cruises.

In May 2015 my partner and I took a week’s cruise on the Nile Legacy, which was booked through Thomson. The flights were from Gatwick and at somewhat ungodly hours (7am departure!) the flight was uneventful, and as you’d expect from Thomson.

Prior to landing it was essential to fill out a landing card in preparation to pay for a tourist visa, priced at 10. A sticker is placed in your passport and stamped. We then met the Thomson rep in preparation for the transfer. After stepping out of the terminal building we were greeted by the usual Egyptian gentlemen wishing to help take our cases to the coach. This can seem daunting but you need to remain calm and politely say ‘La-a shookran’ (the actual spelling and Arabic is quite different, but that is how to say it, which means no thank you) they will soon leave you alone.

The coach transfer to the cruise boat took about 15 minutes. Our boat was docked outside the Old Winter Palace, which is now a hotel. On the coach journey in to Luxor, you pass some peculiar sites, the most famous being Luxor Temple and the Avenue of Sphinxes!

On boarding the boat we were given our key cards for the cabin and informed that lunch was available in the restaurant on the bottom deck. We dropped our hand luggage in the well-appointed upper deck cabin and went for lunch. The food on the Nile Legacy, as with most Nile cruise boats, is a buffet arrangement, with waiter service for drinks.

The buffet offered a good selection, including soups, cold meats, salad, hot dishes including pasta, curry, carvery and fish, freshly baked bread and desserts. We found the drinks service friendly, and although the selection in the restaurant is limited to soft drinks, beer and local wine, the service was sufficient and the drink flowed. Our waiter, George, really got to know us over the course of the week.

Dinner was a similar affair, except for one night of the week where we were able to choose from an ‘A La Carte’ menu which included options such as steak or chicken supreme.

Following lunch we had some free time, so decided to take a walk off the boat along the corniche and explore Luxor Temple on our own. This was just a few minutes away from the boat, and the entry fee was 30 LE (approx 3) – as we’d been to Egypt several times before we knew our way around, however there were guides to Luxor city freely available on reception, they would call taxis for you if you so wished, and the tour guide from the boat arranged trips to the markets in both Luxor and Aswan.

All of our excursions were included in the cruise price. The excursions included were to Luxor Temple, Karnak Temple, The Valley of the Kings, Kom Ombo Temple, Aswan High Dam and Philae Temple, Nubian Museum and finally Denderah Temple. Before going on any trip it’s advisable to ask for a bottle of water from the bar as it is not guaranteed that water being sold on the street is actually pure water!

Optional tours include a trip to Abu Simbel temple on the Sudanese border at the far end of Lake Nasser. Expect to pay around 100GBP for this – it is a treasure to behold – built in the time of Ramses II and moved from further down the mountain to save it from Lake Nasser. As we had been before we didn’t go on this occasion, but it really is a must!

Whilst in Aswan we took a taxi to The Old Cataract Hotel, where Agatha Christie famously wrote Death on the Nile, which is set on the SS Sudan – the boat still sails today and you can see her travelling up and down the Nile.

Our guide, Ahmed Kamel was extremely knowledgeable and engaging. The best guide we have had on a Nile cruise in fact. He was always happy to answer any questions and in my opinion gave the right balance of information without becoming what some people could perceive as boring. 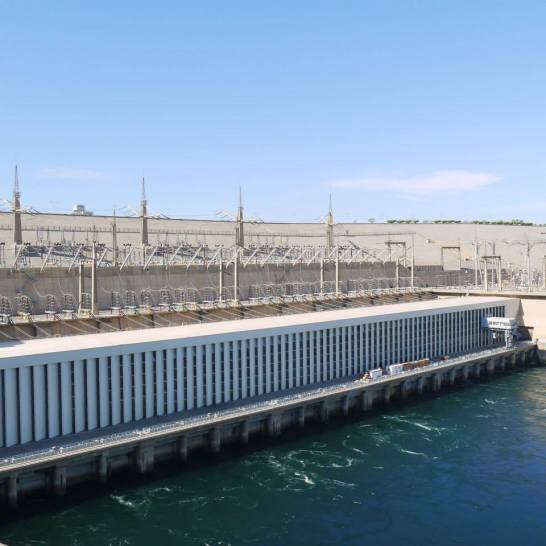 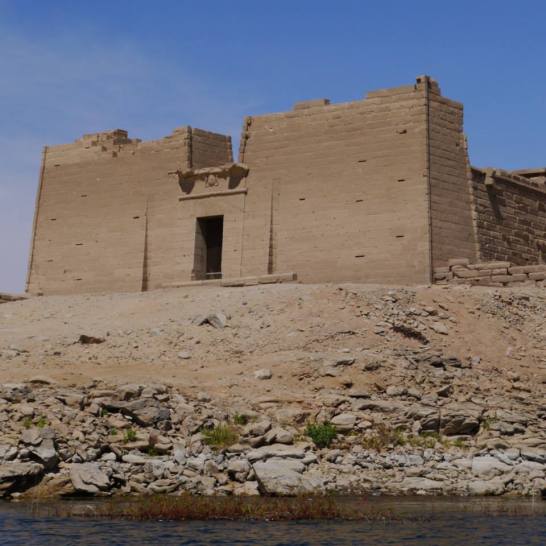 On one night of the week, when sailing back from Aswan towards Luxor the whole evening was Egyptian themed, including the food. Most people where Egyptian dress (which for men is a Galibaya – think of the fake sheikh of tabloid fame and you can’t go wrong) the ladies generally wear Cleopatra or belly dancer type outfits. Entertainment on the Egyptian evening includes a Whirling Dervish and a belly dancer – great fun hosted in the lounge bar, followed by a disco.

The Nile Legacy is a beautiful boat, with lavish furnishings and friendly crew. It is well laid out with all but a few cabins having a ‘Juliette Balcony’ owing to the restaurant being lower down in the boat.

We feel incredibly safe in Egypt, even as a same sex couple. The key here is to respect the locals, for us that means not flaunting our sexuality, and just behaving how we would normally. On the boat this didn’t matter so much, but then we wouldn’t normally kiss in public anyway.

The security both on the boat and at the monuments is very good, the tourist police really are the eyes and ears. The Egyptians genuinely want the tourist trade to flourish and will bend over backwards to make sure you have a good time and are safe.

My final piece of advice would be to make sure you have room in your suitcase for some duty free! We bought a bottle of Pastis for $6USD and a litre of flavoured absolut vodka for $15USD – absolute bargains!

A Nile cruise is a holiday like no other – the historical sites, the culture, the weather. The whole experience really is wonderful. After seeing Joanna Lumley’s programme five years ago, we said it would be a once in a lifetime holiday. We’ve been on five Nile cruises so far and won’t hesitate to book another!